First Look Plants to Get Excited About 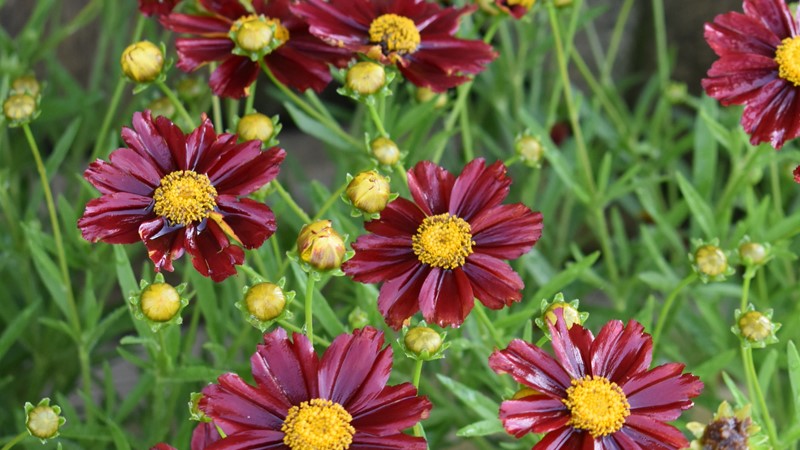 The idea behind the First Look plant list is to bring you the most promising plants from our trials so you can help decide which, if any, rise to the level required for the Handpicked For You® trust mark. It’s an impressively long list this year which may lead you to believe a high percentage of trials make the First Look list, but that’s not the case at all. The overwhelming majority of varieties we trial don’t make it to First Look. Most trials aren’t different enough from what’s already on the market or they are improved in some way, but too flawed in another, or they’re outstanding in some part of the world, just not here. Trials are largely an exercise in dashed hopes. That makes it all the more thrilling when a trial variety blows the lid off your expectations. Here are a few of those on the 2021 First Look list.

Coreopsis has seen a flurry of breeding activity over the last 15 years. Breeders have introduced a range of colors, flower sizes, plant sizes, and even mainstreamed annual varieties with showstopping colors. While many of those looked good in the pot at retail, more than a few gardeners found their ground performance lacking. Indeed the most reliable performers were the classic yellow varieties. Coreopsis Li’l Bang™ ‘Riding Hood’ is the rare cultivar with vibrant red flowers that also performs admirably in the ground year over year. It forms a low mound about 10” tall by twice that wide. In spring and fall, the flowers keep their intense red color. In the heat of summer, the red flowers will have a prominent yellow margin. While ‘Riding Hood’ does overwinter in the ground better than its competitors in the clay soil of our ground trials, like most Coreopsis, it still appreciates good drainage especially in the winter.

Ferns are fascinating. If there’s a story that involves a secret and/or magic area in the woods, you can practically guarantee there will be ferns in the visual. There’s tall ferns and short ferns, spreading ferns and clumping ferns, evergreen and deciduous ferns. If there’s anything to begrudge about them, it’s that they’re largely green. Japanese painted ferns bring burgundies and silvers and Dryopteris ‘Brilliance’ a surprising orange. With the new Dryopteris Jurassic Gold, we can add sublime golden yellow to the palette. New fronds in spring unfurl a vibrant orange that matures to yellow and then green. Plants are about 2’ tall by 1.5’ wide and benefit from rich organic soils and regular moisture. 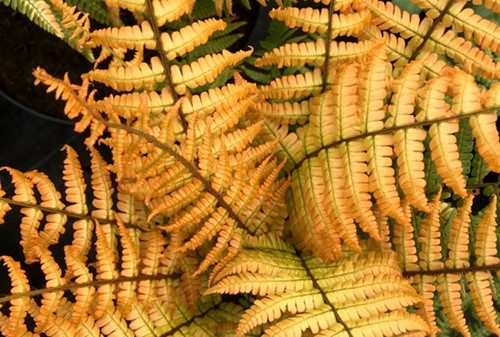 We’ve waxed poetic about the Frostkiss series of Hellebores for a few years now and they earned every bit of all that attention. The tolerance for dry shade, the deer resistance, the early spring flowers, and that foliage! I’m pleased as punch to share that Helleborus Frostkiss® Molly’s White is now in First Look. It blooms with Penny’s Pink (later than Anna’s Red and Glenda’s Gloss but earlier than Dorothy’s Dawn). That hits the sweet spot for spring shipping. It’s creamy white rather than snow white, but still reads clean and classy in the spring garden and makes a great addition to the series. 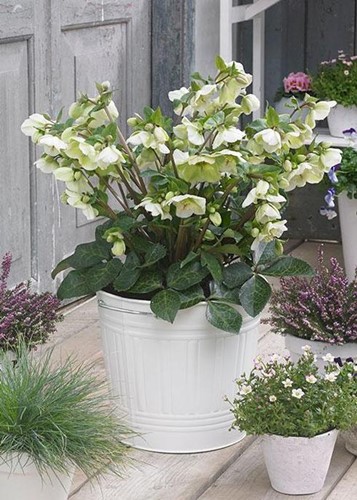 Lysimachia is a genus that should be approached with some caution. Some species are happy to play their small part in the natural world while other species have ambitions of garden dominance and work steadily toward that goal. So it is with some degree of trepidation that I accepted Lysimachia lanceolata var. purpurea as a trial. I’m glad I did as it was one of the overall top performers in our VA trial two years in a row. A red leaf form of the species, this plant has texturally interesting thread-like foliage topped with hundreds of small, yellow star-shaped flowers throughout June. It holds its mounded shape through summer thunderstorms and as temps drop in the autumn, gets outstanding fall color. At about a foot tall and two feet wide, it’s a good addition to the front of the sun or part shade border. It does spread, but at a rate that is welcome – only a few inches a year. With all of that, I ask you to please have patience with us on the name. “var purpurea” doesn’t exist – it’s a well-intentioned but fictional name added by a nursery attempting to distinguish this amazing selection from the species. A new name is coming, but this exceptional plant by any other name is still an exceptional plant and worthy of garden inclusion. Schizachyrium scoparium - little bluestem – is finally getting some long overdue love from gardeners and increasing attention from breeders. Grasses and natives are both enjoying increased popularity and those two groups collide in a few genera including this one. I like them for their inherent toughness – any plant that chooses lean, dry soils in full sun deserves a look and when they’re as graceful as little bluestem, it can be hard for me to look away. Schizachyrium scoparium ‘Chameleon’ is a bright white variegated cultivar found in a field of ‘The Blues’. In spring and fall, the foliage turns a swoon-worthy purple like the species, but it’s even more prominent thanks to the white variegation. While the species likes lean and dry conditions, most gardeners (and growers) lean more toward wet and rich which results in many otherwise wonderful cultivars flopping unceremoniously. In fact, it’s the ability of Handpicked for You® winner ‘Standing Ovation’ to tolerate those conditions without flopping that led in part to its broad success. I’m pleased to report ‘Chameleon’ bloomed beautifully in our much too wet and too fertile pot trials last August without so much as a hint of the flops. 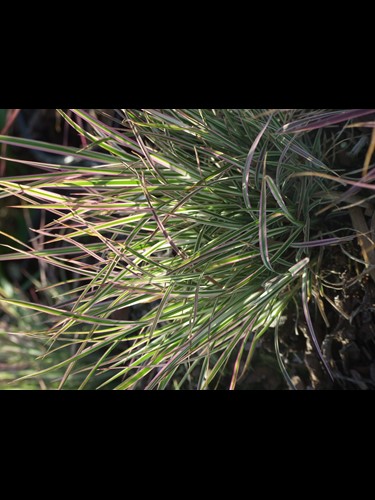